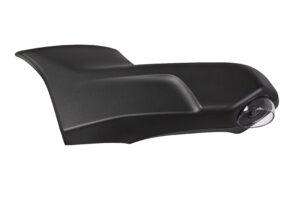 FICOSA, one of the world’s leading suppliers of state-of-the-art image processing, security and communication systems in the automotive and commercial vehicle industry, will replace the front mirror with a camera system at a leading commercial vehicle manufacturer in the future. The front camera from FICOSA covers a very sensitive area on the vehicle, namely the area directly in front of the driver’s cab. As a result, the driver can see whether there are pedestrians or cyclists in the area, especially when starting his truck, and can increase safety by avoiding collisions, also due to the higher visual comfort with a camera. “We are proud to be able to replace a front mirror with a camera as standard for the first time,” explains Jörn Klingemann, Managing Director of FICOSA International GmbH.

According to the Federal Ministry of Transport, a total of 426 cyclists died in traffic accidents in Germany in 2020. Compared to 2010, the number rose again by about 16.8%. The main cause of the accidents were turning trucks and buses. To avoid this, a digital mirror replacement is becoming an essential safety factor for heavy commercial vehicles. However, the EU will only prescribe this for new vehicles from July 2024.

To solve this problem while increasing road safety, FICOSA has developed innovative camera mirror replacement systems that provide a wider field of view around trucks and buses. This improves visual comfort for drivers, but smart image processing increases road safety even more. The result: fewer traffic accidents, less danger for passers-by and cyclists, fuel savings due to lower air torque and improvement of ergonomics for the driver.

In the future, FICOSA’s first customer will install the front camera as standard in a small arm, also often described as a “wing” in Anglo-Saxon terms. In the future, the so-called “Class VI mirror”, which is part of the EU Directive 2007/38/EC, will be replaced by a camera.

The camera, which now replaces the mirror, can also be used in bad weather conditions such as rain, fog and snow, as well as in unfavorable sunlight. A specially developed protective shield prevents rapid contamination. The driver’s field of vision, which was previously on the opposite side due to the mirror, i.e. seen from his seat in the upper right corner, is now projected onto a display in his immediate vicinity. In this way, the camera solution not only helps to increase the driver’s visual comfort, but also to improve safety in the detected area in front of the vehicle’s cab.

“We are pleased to be able to present this solution to other commercial vehicle manufacturers, all the more so as it makes us part of an overall digital solution. Of course, the focus is on safety. But a side effect that should not be underestimated is the reduction of the air resistance of the entire vehicle. In this way, we are also making a contribution to improving the CO2 balance of the vehicle owner,” says Jörn Klingemann.